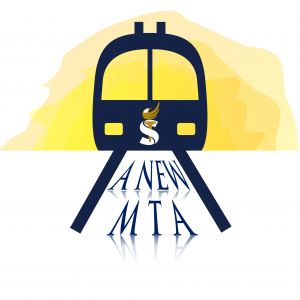 “If you elect me as governor, I will no longer allow the people of New York state to be held hostage by the MTA!” – Larry Sharpe


1) Establish necessary priorities for completion prior to the L-train tunnel. This includes revamping modern NYC bus routes as opposed to analyzing those of the 1930’s as suggested in the Byford plan. This must be done first so the buses can accommodate the increased passenger load expected during subway construction.

2) End the poor administrative processes, inefficient managements of resources, and borrowing of funds that has caused the MTA to become cash revenue poor. Instead, a greater emphasis will be placed on requiring the MTA to use its existing city and state subsidies more effectively.

3) Examine innovative revenue opportunities, beyond simply raising fares and/or taxes. One option for additional funding could be gained by allowing naming rights for MTA facilities in exchange for ending tolls on the bridges and tunnels it owns. When considering naming rights, like those permitted for stadiums, both the profitability and marketability are apparent. The MTA must also explore its potential to gain additional revenues by functioning as a freight transportation option.

In the first four years, a great deal of focus will be on the administrative details of the MTA:

1) The L-train project will be pushed to the forefront and required to be completed in a timely manner and return to operation with a fully functioning Communications-Based Train Controls (CBTC) system. Revamps on bus routes must take place prior to the beginning of this project all relative routes will be fully evaluated, standardized, coordinated and communicated (ESCC), so that in the wake of the subways being taken down for signal work, there are minimal disruptions to commuter transit times.

2) Controlling costs on existing projects can be done through the implementation of a Scope Control Board that can offer additional oversight for the Capital Program Oversight Committee (CPOC), an organization that has continuously failed to control costs, scope and schedule on large capital projects like 2nd Avenue Subway. The Scope Control Board will consist of the Governor, New York State AG, Mayor of NYC, and both the New York State and NYC Comptroller. they will approve any changes to the scope of all large capital projects like the second phase of 2nd Avenue Subway.

3) A series of Lessons Learned meetings will be held by MTA internally with a final research paper and public presentation, aimed at analyzing the findings of the meetings and identifying necessary adjustments for greater success of future endeavors.

4) All further spending on the 32 MTA station renovations will be redirected to upgrade accessibility for the disabled in compliance with ADA and/or to pay off a portion of the S1.6 billion Governor Cuomo strong-armed the MTA into borrowing.

5) No additional expenditures for subways cars will be approved until a CBTC implementation plan is in place which would eliminate unnecessary costs for additional retrofits.

6) In an effort to control costs, the MTA will be commissioned to develop standard crew sizes and uniform overtime rates for capital projects.

7) A 4-year planning cycle will be required for all existing mega-project work identified in the Byford Plan. Survey and design will occupy the first two and a half years of the project with procurement and construction occupying the latter one and a half years.

The MTA will be given the opportunity to use their existing Request For Proposal (RFP) process for naming rights to solicit bids for bridges, tunnels and high traffic tourist subway stations like Mets-Willets Point. The administration will also encourage the MTA to write an RFP for a feasibility study on the transportation of small to medium CONEX boxes on the six express line from the Bronx to Bowling Green.

1) The freight will be offloaded at existing subway stations that are now sitting abandoned on those lines at night when passenger traffic is at its lowest.

2) Freight boxes will be loaded and unloaded using currently existing technology such as high capacity vacuum systems. These systems are currently used to load large heavy steel pipe but can be modified for other cargo.

3) The freight system would work similarly to an airport with logistics companies providing funding for construction of the facilities as a part of their lease agreements with the MTA.

All further spending on the 32 MTA station renovations will be redirected to upgrade accessibility for the disabled in compliance with ADA and/or to pay off a portion of the S1.6 billion Governor Cuomo strong-armed the MTA into borrowing.

Finally, as previously mentioned in the above goals section, companies will be footing the bill for maintenance and upgrades in exchange for advertising and the right to lease and brand MTA components according to market-based negotiations. To confirm the viability and marketability of this plan, our campaign conducted a phone survey among marketing professionals of large businesses and major corporations with advertising budgets typically in the millions.