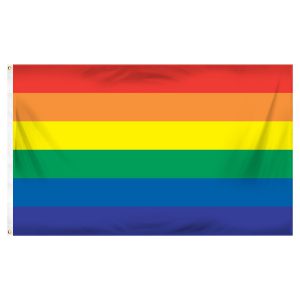 Recent failures on the part of leadership, at a state and federal level, have shown a great lack of consideration for members of the LGBTQ+ communities. Larry Sharpe feels it is critical that the political theatre of present becomes a thing of the past. The rhetorical stances of governing officials must match the legislative actions they take. Instead of the empty promises of the current state administration or the backward steps taken by some in national leadership positions, Larry is committed to being a forward-thinker with action-oriented policy.

The LGBTQ+ communities and their right to live their lives as they please deserves the same priority as that of any other demographic.

While Larry believes in freedom of association, he recognizes the need for measures that ensure marginalized groups, like transgender people, are protected. He supports band-aid measures, including GENDA, which is a law with specific components intended to protect people from discrimination due to their gender identification. To truly advance rights for transgender people, as well as all those within the LGBTQ+ populace, it is ultimately Larry’s goal to encourage a culture that no longer requires these types of laws. We must work towards acceptance. It is imperative to acknowledge that if an individual’s actions have no impact on ourselves or others, nobody else has the right to assert dominion over that person’s identity or lifestyle.