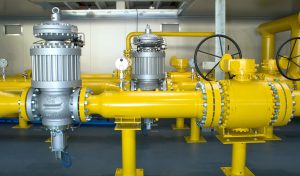 Q: Is Larry in favor of developing oil and gas resources?

A: Candidate Sharpe is for the development of oil and natural gas under the current development rules of the State of New York. New York State Dept. of Environmental Conservation (NYSDEC) permitted over 100 new wells in 2017. We want to continue develop New York’s natural resources in a responsible manner. He will also creating an investigative unit inside his administration to assist district attorneys with prosecuting environmental crimes.

Q: Is Larry in favor of hydraulic fracturing?

A: Governor Cuomo instituted a statewide ban in 2014. Many counties and municipalities in New York instituted similar bans but others wanted the economic development. As Governor, Larry would lift the ban in 18 to 24 months of being in office to provide counties time to decide what to do. It should be left to local governments if hydraulic fracturing is allowed to be used to develop oil and gas wells. They have this power already under current New York zoning laws.

Q: How can we develop oil and gas without hydraulic fracturing? It sounds like Larry wants to have his cake and eat it too.

A: It’s not. NYSDEC currently permits traditional oil and gas wells, called vertical wells, which have been used to produce oil and gas for centuries. These wells are in use today with many safety precautions and setbacks from occupied buildings, rivers, ect. Hydraulic fracturing is not required to construct and place these kinds of wells into service.

Q: Is Larry in favor of nuclear power?

Q: What about coal power?

A: New York State has one single coal fired power plant operating in its borders and it is slated to be closed in the next few years. New York does not have coal mines and much of the state’s power is generated by natural gas or nuclear power plants and renewables. Natural gas is more readily available in our region and is currently cheaper than coal. Governor Sharpe would not subsidize the coal industry when cheaper sources of energy are available to us.

Q: If my local county opted to allow fracking, how would I be compensated?

A: You will be compensated only if you have mineral rights that are being leased to an oil or gas company. As those are private contracts, they will contact you when they want to lease your mineral rights.

Q: Can my oil or gas be stolen?

A: This should not happen. The NYSDEC has rules to prevent this and if it does, you can sue the producer for damages. It is treated as corporate theft and there are strict penalties for doing this under current laws. The investigative unit would assist in the prosecution of your case.

Q: What is Larry’s position on pipelines?

A: Pipelines are regulated by the US Dept. of Transportation, Federal Energy Regulatory Commission (FERC), NY Public Service Commission and NYSDEC. They are heavily regulated and have strict construction standards. It is the NY PSC’s job to ensure those standards are followed and Governor Sharpe’s appointees to the PSC will enforce those laws.

Q: Will Larry allow pipelines to be built in NY State?

A: They already are. Pipeline companies enter into private contracts with landowners to get permission to build a pipeline through their property. They should not be allowed to use eminent domain unless all other remedies have been exhausted. Governor Sharpe will not allow NYSDEC to refuse to issue permits for pipelines without a having valid reason for doing so. Governor Cuomo has done this on several occasions and was overruled by FERC in two cases.

Q: What is Governor Sharpe’s position on eminent domain?

A: Eminent domain, the taking of a private person’s property through court order for public use, occurs when landowners refuse any amount of compensation for their land. Governor Sharpe believes this should be used very sparingly and only in cases where there is a very clear public benefit. Taking land from one person to give to another as in Kelo v. New London should not be allowed. This also applies to state economic development agencies, state and county parks departments and any other governmental body.

Q: What about utilities and eminent domain?

A: Governor Sharpe believes utility companies must exhaust all remedies, including reroutes, before moving forward with eminent domain proceedings. Utilities should view this as the very last resort and not use the threat of eminent domain in their negotiations with landowners.

Q: What about renewable energy?

A: Governor Sharpe believes that energy must be affordable for everyone and we should make efforts to lower our carbon footprint. Wind and solar power are good for our economy but can’t always be relied upon. New York cannot subsidize these privately owned developments but we can be friendly when it comes to permitting. We also need to make sure New York’s workforce can meet the needs to repair and maintain this infrastructure. The energy industry is working on battery solutions as well as smart grids and more efficient appliances and lighting.

A: This is a great goal to have. The issue is that such a mandate could increase energy prices for New Yorkers as this will require massive investment and tax subsidies. New York taxpayers must not be forced to subsidize building this infrastructure with tax money as they are already paying for it through their utility bill. We need to ensure that renewable energy grows in an economic and responsible manner so everyone can afford to heat their home and turn on their lights. During Larry’s first term, his PSC appointments will task utility companies with ways to do this without taxpayer dollars or massive rate hikes on consumers.