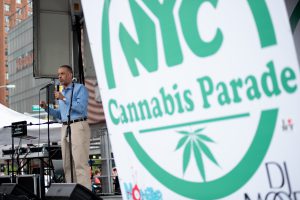 
“It is time for New York state to be liberated from the lost ‘war on drugs’.” – Larry Sharpe

“Cannabis is a way of growing our state. It’s a way of making people free, growing jobs, and increasing our tax base without increasing taxes.” – Larry Sharpe


Addressing the Failed War on Drugs


The epidemic of substance abuse has been on a rising trajectory for quite some time. Our first step in reducing this trend is to reduce, and one day eliminate, the practice of prosecution and imprisonment for non-violent drug crimes. By treating addiction as a health concern rather than a criminal matter, we address the root of the problem and reduce the growing rates of recidivism and crime.

2) We will establish overdose protection sites (OPS) and other low-threshold facilities that will ensure the public has access to the resources necessary to fight addiction, and circumvent the crime and other problems that arise from substance abuse.

3) We will lower priority for law enforcement programs and initiatives focused on continuation of arrest or prosecution of non-violent drug related crimes. Individuals would instead be redirected to options for treatment, which may include the previously mentioned OPS programs.


The time to legalize cannabis and hemp farming is now. New York should have just as much opportunity to reap the economic rewards of these two policies as any other state in the U.S.

1) Legalization of cannabis at a recreational level is necessary, if for no other reason than we are wasting too much of the taxpayers’ money on prosecuting and housing non-violent drug offenders. Nearly half of the drug-related arrests across the U.S. stem from cannabis and, of that portion, almost 90% were due to simple-possession.

2) Growing, processing and distributing both marijuana and hemp should be not regulated any more than other agricultural crops.

3) Funding and resources should be available to companies wanting to research and develop these crops.
–
Click here to read a research-intensive policy “white paper” that identifies data and sources in support of these policy measures.
–