“This poll shows that we’re continuing to gain momentum with New York voters.” says Libertarian Candidate Larry Sharpe.  “When people know who I am, when people hear our message, my campaign polls even better. We’re seeing the results of our efforts at events throughout New York State.” Follow up questions within the poll asked respondents about various policy issues and whether they were aware of candidate issue positions. After these questions, the respondents were asked again about their preferences for governor with Andrew Cuomo at 38%, Larry Sharpe at 25%, Marc Molinaro at 19%, Stephanie Miner at 9%, and Howie Hawkins at 10%.

“This poll really underscores the need for debate that includes all candidates for Governor. Millions of New York voters are looking for alternatives to the major party candidates” says Brian Waddell, Larry Sharpe’s campaign manager. “Governor Cuomo needs to come out of hiding and agree to a debate immediately.”

At present time, Governor Andrew Cuomo has not agreed to debate any candidates for Governor. 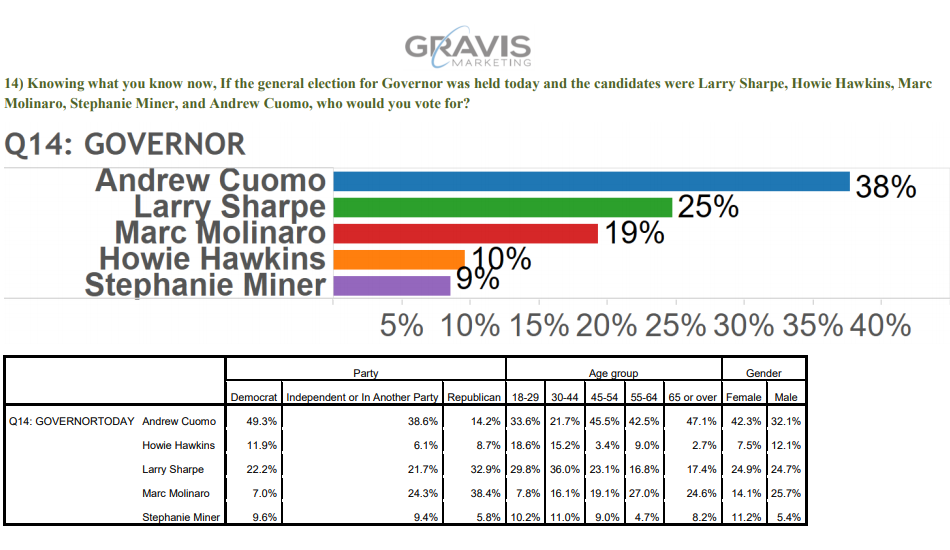 5 thoughts on “Larry Sharpe Rises to 13% in Polls”